World War II was a short affair for Joseph Horace “Jim” Greasely. Conscripted on the first draft, the Ibstock, Leicestershire native trained for seven weeks with the 2nd Regiment, 5th Battalion Leicestershire, landing in France at the end of that eight-month mobilization period known as the “Sitzkrieg”. The “Phoney War”.

Over 80,000 British, French and allied troops were taken into captivity during those calamitous days in June 1940, leading up to the final evacuation from Dunkirk. On May 25, 1940, Horace Greasely became one of them.

He would spend the next 5 years as a German POW. 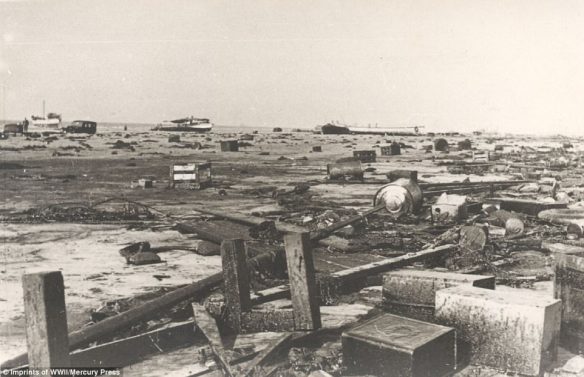 Abandoned war materiel in the wake of the Dunkirk evacuation. H/T DailyMail

When he was eighty-nine, Greasely wrote the story of those five years with the help of “ghostwriter” Ken Scott. The book is called “Do The Birds Still Sing In Hell?” It tells the story of a 10-week death…