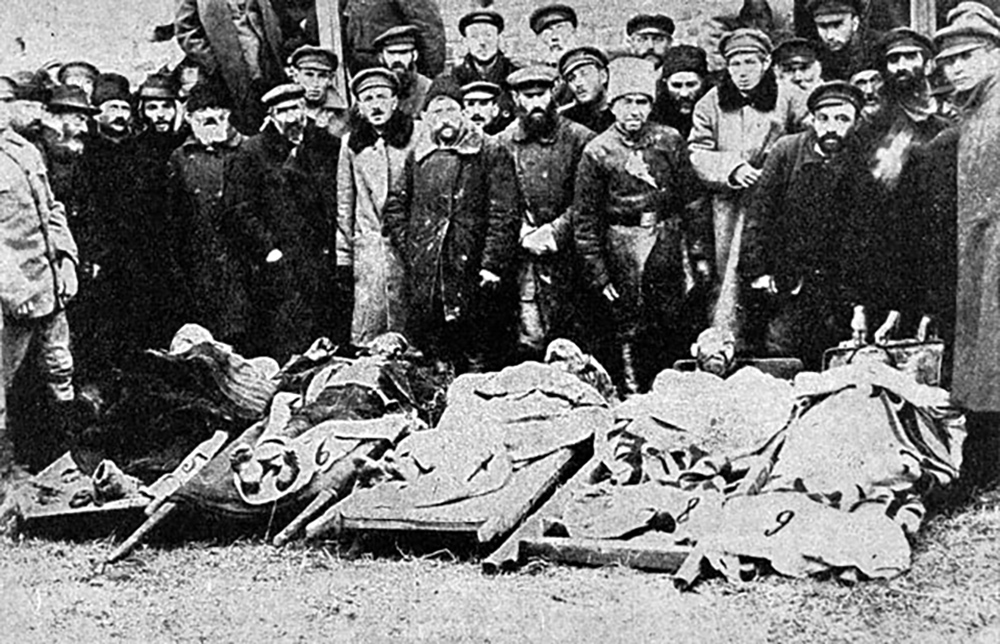 Germany’s defeat has rendered the peace of Brest-Litovsk void, leaving Soviet Russia free to invade territories in the west that it had been forced to abandon. Ukraine in particular is now a zone of war as the Red Army battles against Ukrainian nationalists, other local forces and White armies seeking to overturn the Revolution. The Red Army is enjoying some success, including the capture of Kiev earlier this month. But the fighting is not all going the way of the Soviets. Ukrainian Cossack forces capture the town of Proskurov from the Bolsheviks today. Their leader then orders a massacre of the town Jewish population. His men are happy to oblige, brutally killing more than 1,500 people. Smaller atrocities of this type are occurring all across the country.