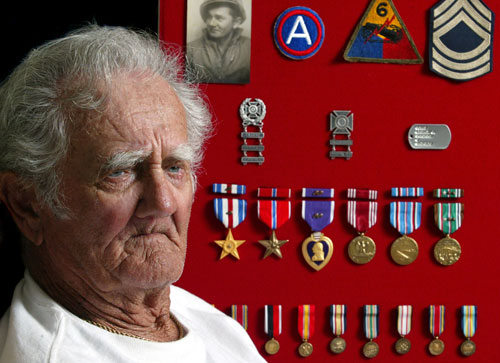 Mike Sovan was the commander of a Chaffee tank in Patton’s 3rd Army during World War II. A picture of him while in the service along with his 6th Armored Division patch, Sergeant stripes and his military medals are all part of a shadowbox displayed on the wall of his Englewood, Fla. home. Sun Photo by Jonathan Fredin.

Sgt. Mike Sovan, a Sherman tank commander, and his men had just crossed the Nied River in France during World War II as part of Gen. George Patton’s 3rd Army when their third tank was shot out from under them.