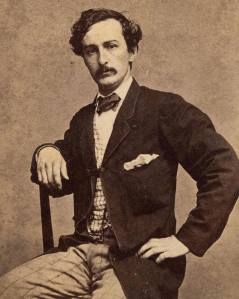 In a day when theatrical personages were still looked on askance, the Booths of Maryland had a fine and well regarded pedigree. Junius Brutus Booth was one of the foremost Shakespearean tragedians of his day. His sons Edwin and Junius Brutus Jr., were established in theatrical hierarchy by the Civil War. All had been headliners all up and down the East Coast, and even points inland. A third up-and-coming son, John Wilkes, was the best looking, most athletic, and flashiest of all them.

John Wilkes Booth (1838-65) began his career practically from birth, learning his craft from family members, and blessed with the invaluable ability to learn and remember lines easily. By the time he was out of his teens, he was already performing, and…